What is a carbon footprint & why does it matter to the construction industry? 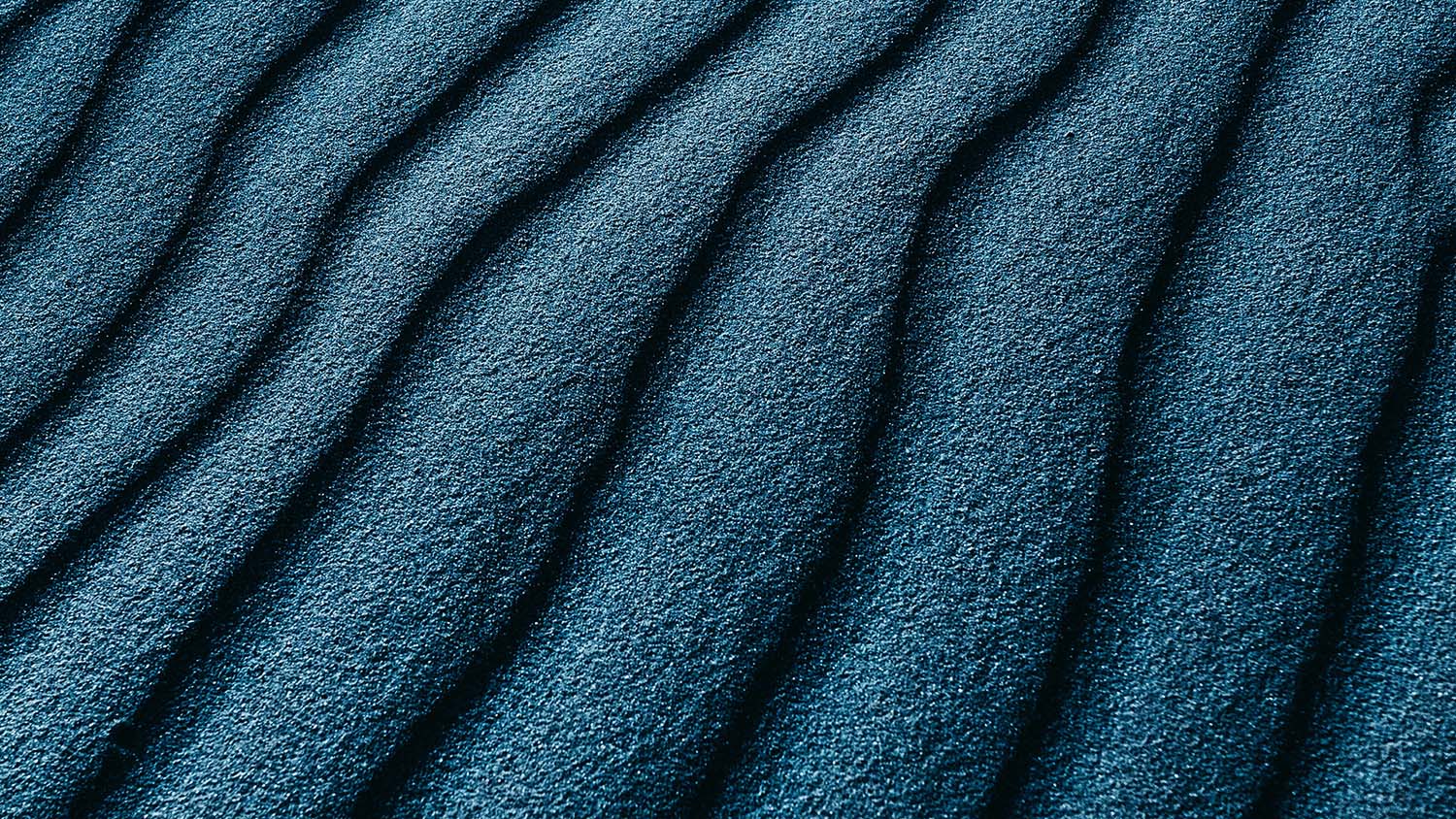 The term ‘carbon footprint’ is undoubtedly a hot topic. You will have heard it being discussed by everyone from scientists to politicians. The narrative has included individual carbon footprints and how lifestyle changes can reduce your impact on the environment. However, the UK and the international community has also made macro-level (large scale) commitments to tackling climate change. These commitments will inevitably affect key industries, such as construction, within each country. It’s, therefore, important that construction professionals take their carbon footprint into account when planning their next project.

This article explains what the key terms are when discussing and measuring your carbon footprint & why the industry is moving to reduce.

So what is a carbon footprint?

Although there is debate around the methods used for measuring a carbon footprint (Wiedmann & Minx 2008), it broadly refers to the greenhouse gases released into the atmosphere as a result of a particular organisation, activity or individual in terms of the equivalent amount of carbon dioxide (CO2e).

In the case of our macro-level calculations, this can include whole industries (like construction), countries or regions.

Carbon footprints are important because they detail the amount of greenhouse gas your lifestyle, project or industry is releasing into the atmosphere. These gases cause climate change which is harmful to the environment.

But what does this mean in relation to construction?

Operational carbon refers to how much carbon you need to cool, heat and power your building. For example, when your houses are complete, what’s the carbon footprint of their ongoing energy and water usage.

By contrast, embodied carbon is all about the construction process before the building is occupied. It focuses on the carbon output from the material production, site works, maintenance/repair, end of life and transportation. For example, it considers the carbon footprint of your chosen concrete blockwork.

As an architect, supplier or professional within the construction industry, a calculation of your carbon footprint needs to consider both types of emission.

The construction industry has a relatively large carbon footprint (made up of both embodied and operational carbon output). In 2017 the UN Environmental & the International Energy Agency found that ‘building and construction are responsible for 39% of all energy related carbon emissions in the world.’ Therefore, construction is a carbon intensive industry.

This still doesn't explain why it should affect my build…

The substantial carbon output of construction is a crucial discovery that industry professionals are reacting to. Why? Because governments all over the world have legally committed to significantly reducing their country’s carbon footprint through targets, regulations & fines.

The primary example of this is The Paris Agreement. This 2015 international treaty legally bound 196 countries to limit global warming well below 2 (ideally 1.5) degrees Celsius compared to pre-industrial levels. As mentioned previously, this global warming is caused by the greenhouse gases, that make up your carbon footprint, being released into the atmosphere.

The Paris Agreement works via five-year cycles, which introduce stricter measures in turn. We are currently in the second cycle, with goals that span from 2030, 2050 and beyond. The next meeting related to the agreement will take place in the UK in November and is known as ‘COP26’.

‘The Green Building Council described ‘resource efficiency and embodied carbon’ as ‘rapidly becoming a key area of focus for the industry’.’

The construction sector is considered a carbon intensive industry. This means it is highly likely that strict carbon regulations will be introduced as part of the commitments of The Paris Agreement. Moving forward this has made carbon emissions an essential consideration for key construction industry actors.

For example, sector organisations like The Green Building Council described ‘resource efficiency and embodied carbon’ as ‘rapidly becoming a key area of focus for the industry’. This reflects the movement within construction to becoming less carbon intensive.

Ryder architecture, recent recipients of the Queen’s Award For Enterprise, have also noted the sector’s move towards carbon reduction in their Net Zero article series. The series includes industry insights and tips for reducing the carbon footprint of your project, such as using carbon neutral and carbon negative construction materials.

The impact of The Paris Agreement and wider movement towards carbon reduction is, therefore, an essential mitigation consideration for construction projects over the next decade and beyond.

Carbon targets will be especially strict in the UK

If you work in the UK, being aware of the carbon footprint of your project is especially important. This is because the UK is a global carbon target setting leader, with the Prime Minister outlining his strategy in 2020 for a ‘green industrial revolution’ and announcing a £12 billion investment package.

The UK has been a leading player in the Paris Agreement and was the first major economy to set the goal of Net Zero by 2050.

What does the UK’s Net Zero goal actually mean?

Net Zero means that the amount of carbon emitted and removed from the atmosphere is equal. In simple terms, you give out as much carbon as you take in.

Counterintuitively, the UK’s goal of Net Zero doesn’t necessarily mean that every industry’s carbon intake and output will have to be exactly aligned. Rather, industries will achieve Net Zero as a whole.

However, as a carbon intensive sector, construction will have to significantly decrease it’s footprint if the UK is to achieve Net Zero by 2050. This means no matter the balance of carbon output and intake between UK industries (known as a ‘carbon budget’), there will still have to be significant measures taken by construction to make Net Zero possible.

When might carbon regulations start to affect the construction industry?

Awareness of your carbon footprint will be likely essential for your project sooner rather than later.

Despite The Paris Agreement and Britain’s commitment to a ‘net-zero 2050’, the majority of carbon reduction will take place over the next decade.

Again, this makes the UK a target setting leader compared to other Paris Agreement bodies like the EU who are aiming for a 55% reduction (BEIS 2021).

The countries that will attend COP26 are ‘front loading’ their 2050 goals over the next ten years. Therefore, for high carbon-emitting industries such as construction, factoring in the impact of carbon reduction schemes will be crucial.

Additionally, with the UK hosting COP26 (the next multilateral Paris Agreement meeting) this is especially significant for UK based projects. Last year the British Prime Minister described the meeting as inspiring ‘(a) boost (to) the UK’s global leadership on green infrastructure‘. This means that there will likely be an increase in pressure for tighter carbon regulations as early as this year.

Following the 2030 goal, the British government will continue to significantly lower emissions. The first draft of the 6th carbon budget (the Paris Agreement targets for 2033- 2037) proposed a 78% reduction of greenhouse gasses from 1990 levels (Anne-Marie Trevelyan, Minister of Business, Energy & Clean Growth).

In essence, international agreements on carbon reduction are an essential context for businesses within carbon-intensive sectors such as construction. It’s, therefore, important for industry professionals to be prepared to mitigate the effects of carbon regulations and targeting. Within construction this will likely include both embodied and operational carbon targets. As a result, considering the carbon footprint of your next project will be increasingly vital, particularly within the UK.

How can I reduce the embodied carbon of my project?

We’re your ally in the tricky process of reducing the carbon footprint of your project.

We’ve created a pioneering carbon-negative and carbon-zero aggregate - OSTO® that can be used in concrete blockwork.

If you were building ten typical three-bed houses, you could save tonnes of CO2 using OSTO®.

As much as thirteen years of electricity to power each home or planting  1200 trees.