Carbon offsetting: what to consider when choosing your carbon reduction method 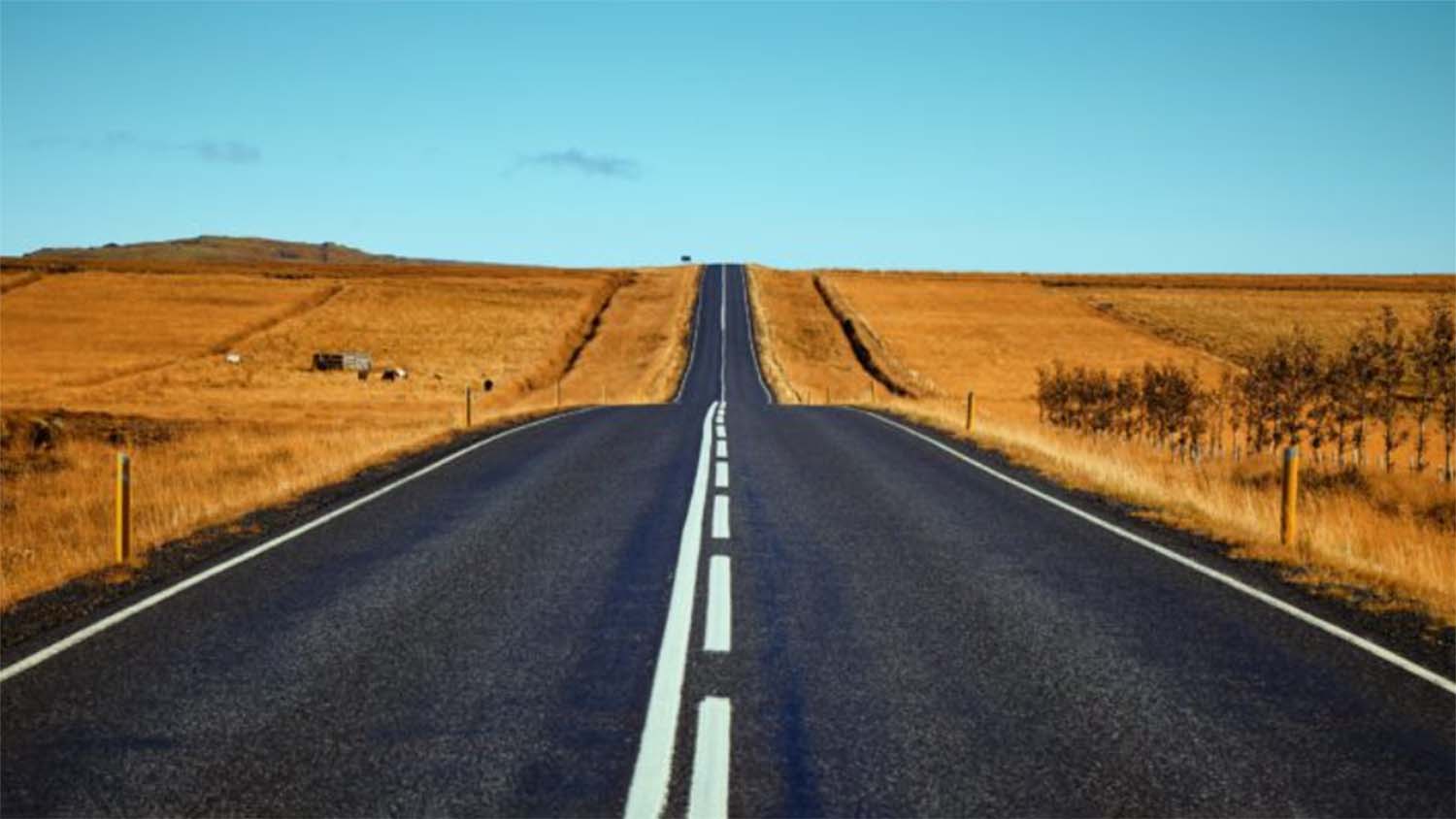 With tightening regulation around the environmental impact of the construction sector, you might be wondering ‘how do I reduce the carbon emissions of my construction project?’.

In reality, there is a range of tangible methods – all with their relative strengths and weaknesses. In this article, we’ll be focusing on one of the most popular: carbon offsetting. We’ll discuss why it’s crucial to consider carbon reduction for your next project, what carbon offsetting is and the things you should consider if it’s your carbon reduction method of choice.

Why should I factor in methods to reduce carbon emissions into my next construction project?

In short, governments all over the world have signed legally binding agreements to significantly reduce the carbon emissions of their countries’ economies. This means it is highly likely that the construction industry will face strict carbon regulations over the next ten years. Factoring carbon reduction methods into your next project is, therefore, an increasingly crucial aspect of risk management.

For example, as a target setting leader, the UK government was the first to commit to a ‘Net Zero’ economy by 2050. To achieve this, Britain has set goals to reduce its carbon emissions output by 50% by 2030 and 78% by 2035 (Department for Business, Energy and Industrial Strategy 2021). This means carbon reduction will be a crucial consideration for any UK based project over the next decade.

To learn more about UK targets for cutting carbon emissions check out our knowledge base blog post on carbon footprints.

Why does this matter to the construction industry?

These pledges to reduce carbon output especially matter for the construction industry because it is carbon-intensive. The UKGBC recently stated that ‘21-22% of the UK’s total carbon emissions are directly controlled by the built environment sector’ (Julie Hirigoyen, Chief Executive 2021). It is therefore extremely likely that construction will be targeted as a key industry for carbon reduction.

So, what is carbon offsetting?

Carbon Offsetting broadly refers to the process of reducing greenhouse gas emissions (often expressed in their carbon dioxide equivalent, CO2e) through various means to compensate for emissions that occur elsewhere.

For example, to reduce the embodied carbon of your construction project, you might be interested in financially supporting an activity, like tree planting, that will remove an amount of greenhouse gases from the atmosphere roughly equivalent to the amount your project has released. The general idea is that you can ‘equal out’ your project’s greenhouse gas emissions.

Carbon offsetting solutions tend to fall into two categories, carbon avoidance and carbon removal. The former involves paying to stop projects that would have otherwise resulted in an increase in emissions. For example, protecting trees that would otherwise have been cut down or investing in green energy solutions. The latter involves supporting projects that actively remove carbon from the atmosphere. For example, planting trees.

Carbon removal can be achieved through projects such as tree planting or peat restoration. These methods utilise a process of ‘carbon sequestration’, an action that removes carbon dioxide from the atmosphere.

Carbon offsetting has been increasingly popular with the rise in pressure from governments and consumers to reduce a project’s overall carbon footprint.

Carbon offsetting may be an action you’ve considered for your next project. However, when assessing methods to reduce your carbon output it’s important to consider the full range of options and the longevity of your chosen solution. This blog will help you consider the benefits and downsides of carbon offsetting solutions, allowing you to reduce the carbon emissions of your construction project in the most finance and time-efficient manner.

Carbon-offsetting has issues of longevity.

However, carbon offsetting is only a ‘temporary’ solution and should be considered amongst the backdrop of other, more long term carbon reduction methods (UN Environment climate specialist Niklas Halbery 2021).

The extent of carbon reduction required for a Net Zero economy cannot be achieved by planting-based offsetting alone. This is partly due to practical issues, for example, we simply do not have enough land to plant the number of trees that would be needed. A new report by Oxfam found that using tree planting schemes to achieve global Net Zero by 2050 would be ‘mathematically impossible’ and would require an amount of land five times the size of India. That’s proportionate to the total amount of farmland on Earth (Oxfam 2021).

‘Using tree planting schemes to achieve global Net Zero by 2050 would be ‘mathematically impossible’ and would require an amount of land five times the size of India. That’s proportionate to the total amount of farmland on Earth (Oxfam 2021).’

Due to the long term reality of the UK carbon targets, it is also not tangible to reach Net Zero whilst using current carbon offsetting to maintain the status quo. Instead, what will be needed is a long term adoption of alternative green technologies, including carbon neutral and carbon negative materials and solutions.

The issue of offsetting as a short term solution is also described as the ‘fallacy of the offset’ (William McDonough 2021). This is a concept that offsetting is being used to justify continued emissions, and that its widespread use is a symptom of viewing carbon reduction from a short term perspective. As a result, it prevents companies from adopting innovative solutions that are key for long term sustainability.

As the built environment is a carbon-intensive sector, these long term expectations are likely to guide government policies and target setting over the next ten years. Considering the longevity of your chosen carbon reduction method will therefore be a central tenet of navigating regulation and risk in your construction project

Many of the most utilised carbon offsetting projects today involve planting. Whether you are planting trees or similar, they all require time to grow and absorb the CO2e. For example, a typical tree planted today would take 100 years to offset 1 tonne of carbon. Consequently, it is important for construction companies using planting based offsetting to declare a timeframe in which the carbon will be offset, not merely state it has been offset on day 1. typically, a project will claim to be Net Zero on completion before a single tree has even been planted.

Additionally, accurately determining the amount of carbon that is offset from planting is an extremely difficult task. It is also important to consider the many additional benefits trees have to local ecosystems, such as prompting the growth of other flora and fauna, and increasing local biodiversity. These positive impacts are extremely difficult to quantify.

Carbon offsetting can also be a risky financial investment.

Some carbon offsetting methods, such as carbon removal through tree planting, can be considered an uncertain investment.

For example, despite third party certification of climate credits, there is little regulation surrounding the actualisation of carbon removal activities. It’s important to consider how you ensure that your offsetting projects actually take place.

It’s also difficult to measure additionality – the extent to which paying for the offsetting project actually removes from the atmosphere carbon that would otherwise have been emitted.

What would have happened if you didn’t pay into this scheme?

The additional benefit of your financial support is extremely difficult to measure, meaning it’s open to misuse.

These are important risk factors to consider when making a financial investment in carbon offsetting.

‘Despite third party certification of climate credits, there is little regulation surrounding the actualisation of carbon removal activities.’

The issues of additionality and accountability are also reflected in the opinions of UK consumers (Anderson and Bernauer 2016). The lack of transparency around carbon offsetting projects has particularly affected rising consumer suspicion.

Moreover, the broad use of carbon offsetting methods to ‘balance out’ emissions elsewhere is increasingly considered as ‘buying’ your way out of climate accountability (Anderson and Bernauer 2016). This may lead to a negative association between your project and carbon offsetting.

Why does this matter for my construction project?

Consumer perception is an important circumstance to consider when choosing your carbon reduction method. This is for two reasons. Firstly, the reputational longevity of your chosen solution amongst potential customers may influence the long term commercial success of your project. As this is an increasingly large part of consumer decision making, you may want to consider how long people perceive your methods to be environmentally sustainable.

Secondly, when considering the structure of future carbon regulation in the construction industry, it’s important to factor in public opinion. With the practical issues of carbon offsetting and the broadly negative perception of the method, construction sector carbon targets will likely be more rigorous and might require more specific action than simple carbon offsetting.

Considering the long term prospects of your chosen carbon reduction method is, therefore, a matter of risk management amid significant consumer, political and financial change.

What should I consider if carbon offsetting is needed to achieve the carbon emissions targets on my build?

There is a range of low carbon, carbon neutral and carbon negative materials you can use to mitigate the carbon emissions of your next construction project. However, carbon offsetting may be necessary as a part of your solution.

Aside from planting offsetting, innovations are emerging in the offsetting space. For example, decarbonating sea water by bottling the carbon dioxide. This method of carbon offsetting allows for transparency regarding the volume of CO2e offset and the timescales at which this has been achieved. The removal of carbon directly from the environment is an area the UK is actively investing in.

To comparatively assess different options for offsetting, check out this 2021 review by the UK government.

Another method to achieve Net Zero is using carbon negative materials, to limit the extent of carbon emissions elsewhere in the project. For example, spheraLite is the world’s first carbon negative aggregate concrete block.

‘A typical tree planted today would take 100 years to offset 1 tonne of carbon. Conversely, spheraLite is carbon negative at the point of use.’

When utilising carbon offsetting to reduce the emissions of your project, it’s important to consider: